Despite many laws in place to protect pregnant women at work, there is still a lot of discrimination in the office.

Unfortunately, the fact is that women still get fired simply because they’re pregnant. 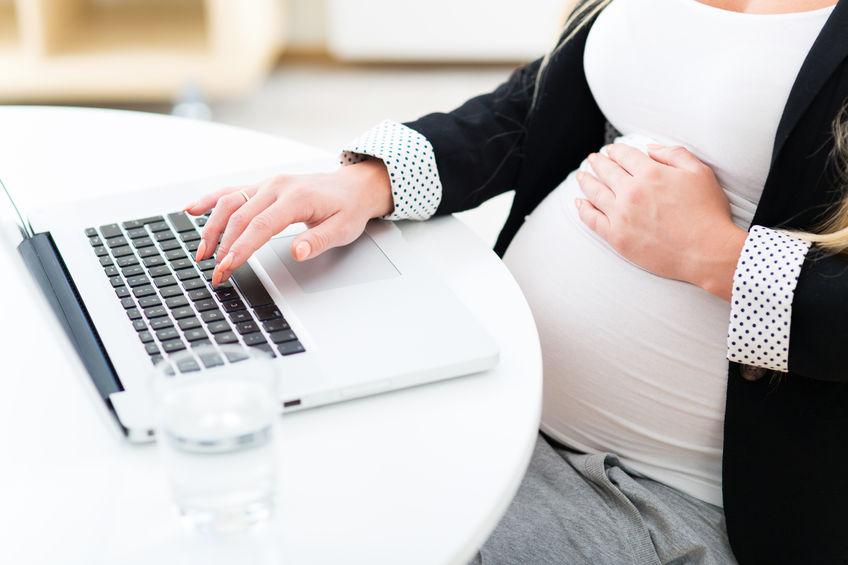 In the last fiscal year, government agencies received 5,370 charges alleging pregnancy discrimination in the workplace. The most common complaint? Employers fired them because they became pregnant.

It’s been illegal to discriminate against pregnant women in the workplace since the Pregnancy Discrimination Act was passed in 1978. Apparently, a lot of employers still don’t understand that, so recently, a government agency decided to issue a reminder. For the first time in 30 years, the Equal Employment Opportunity Commission issued new guidance on how to interpret the PDA and other laws protecting pregnant women on the job.

Here’s what you need to know ABOUT RIGHTS OF PREGNANT WOMEN AT WORK:

1.  An employer cannot fire a woman because she’s pregnant:

Sometimes, employers try to disguise the discrimination behind good intentions. They explain they’re worried about safety, for example. In other cases, the discrimination is more blatant. Either way, it’s illegal. Take this example from a Wings restaurant chain in the Houston area. The company had a written policy to lay off female workers after the third month of their pregnancies. A federal investigation showed the company laid off eight pregnant employees. A manager told investigators that keeping pregnant employees at work any longer would “be irresponsible in respect to her child’s safety.” But companies cannot fire employees for this reason. Exceptions are rare, even when a job entails being exposed to toxic chemicals or lifting heavy objects. Courts have ruled that decisions about the safety of the woman and fetus are up to the employee and her doctor, not her boss.

2.  A company cannot refuse to hire a woman because she’s pregnant — or because she may become pregnant in the future:

The EEOC said this is very common, especially with workers applying for low wage jobs. This problem occurs even at companies that rely on pregnant women as their customers. A Philadelphia-based franchise of clothes retailer Motherhood Maternity paid $375,000 to settle a pregnancy discrimination and retaliation suit in 2007, after the company allegedly refused to hire three qualified female applicants because they were pregnant. It’s also illegal to not hire a woman because she may become pregnant in the future. There is still a stigma against hiring younger women for some jobs, where an employer wants to know somebody is going to be on a job for years without interruption.

3.  New mothers have the right to pump breast milk at work in a safe place. A company cannot fire or discriminate against a woman because she’s lactating:

You can thank Obamacare for this protection. The Affordable Care Act requires employers provide reasonable breaks to new mothers to pump breast milk for up to one year after a child’s birth. Employers are also required to provide a safe and private place other than a bathroom, to do so. But there is an exception for small companies. If a company with fewer than 50 employees can prove that offering breaks or a private space would cause “undue hardship” to the company, it may not have to offer this accommodation to their employees.

4.   In some cases, pregnancy-related conditions may entitle women to special accommodations:

A normal pregnancy without complications is not considered a disability under federal law, and it does not entitle a worker to special treatment. That said, women who have complications or temporary impairments related to their pregnancy, must be treated the same as other workers with medical impairments. If a company has a policy in place that, for example, offers a light-duty assignment for a few months to a worker who injured his back, the company is also expected to provide “reasonable accommodations” to a pregnant woman who requires light-duty due to her pregnancy. Other examples of reasonable accommodations may include letting a worker sit on a stool rather than stand during her shift, changing her work schedule if she has severe morning sickness, or allowing her to keep a water bottle at her work station. The worker usually needs to provide a doctor’s note, establishing there’s a medical condition that may temporarily limit her work capabilities. In the case of a pregnancy, common impairments include severe morning sickness, back pain, high blood pressure, gestational diabetes and complications that require bed rest. There are some exceptions, but again, to avoid providing an accommodation, an employer has to prove that doing so would cause “undue hardship” to the company.

5.   An employer cannot force you to take time off or change jobs, if you’re still able to do your job:

Sometimes an employer thinks they’re acting in the best interest of the employee — or protecting itself from liabilities — when it decides to reassign a pregnant woman or new parent to a less strenuous job. Employers cannot base employment decisions on assumptions about pregnant women’s capabilities and health concerns. For example, a boss cannot prevent a pregnant worker from traveling on business trips, because he’s concerned about her health. A company cannot deny a pregnant woman a promotion, assuming once she returns to work after childbirth, she will be less committed to her job. Employers also cannot reassign workers to less desirable jobs, even temporarily, due to concerns about a pregnancy. This also applies to mothers returning to the workforce after their child is born. Women may not be given the same opportunities after they come back from leave, because there is an assumption that they may want to take it easy because they have young children at home. That can still be viewed as discrimination.

6.   Non-medical leave must be equally available to both women and men:

Maternity leave is granted strictly to women, but if a company also has a policy in place for non-medical leave for purposes like bonding with children, male employees are entitled to the same amount of leave as women. As for getting paid during that leave, the United States is the only developed country that does not mandate some sort of paid maternity leave. While the Family and Medical Leave Act does require some employers to offer up to 12 weeks of unpaid leave to female and male employees for the birth and care of a newborn child, about 42% of American workers are not covered by this law.

7.   You can’t be harassed based on pregnancy, childbirth or related conditions:

Sexual harassment is illegal in the workplace. While one-off remarks about a pregnancy won’t usually rise to the level of harassment, repeated insults or comments that create a hostile or offensive work environment are illegal.

The Pregnancy Discrimination Act protects women from being discriminated against because they either had an abortion or considered having an abortion.

Faced with discrimination? Here’s what to do:

Discrimination can be hard to prove, but keeping records that help piece together the discussions you had with your employer and actions taken against you, will help your case.

To prove discrimination, you may also have to demonstrate that you were treated differently than other workers who had similar qualifications and performance records.

Please call me immediately at (818) 995-9477 for a FREE in-person consultation about your RIGHTS OF PREGNANT WOMEN AT WORK.

PREGNANCY DISCRIMINATION IN THE WORKPLACE

You deserve to enjoy your pregnancy without fear of getting fired.

You’re working full-time, living paycheck to paycheck, and struggling to pay the bills. You’ve been feeling a bit different lately, and you soon discover you’re pregnant. At first, you’re a bit (maybe very) confused and not quite sure how to feel about it. Many questions immediately enter your mind… If becoming pregnant wasn’t planned, is now the right time for you? Can you financially afford to raise a baby? Are you emotionally ready to take on the seemingly lifelong challenge and commitment of teaching and training your baby how to live in this world? These, and many more, are all very serious and complicated questions you may be dealing with the moment you discover you’re pregnant and that a little one is growing inside you.

If you’ve decided that you’re going forward with the pregnancy, you may even wait to inform your boss at work. You’re probably expecting your boss to be happy for you, wish you a very heartfelt “Congratulations!” — and many bosses will and do. But then just weeks later, your boss begins to constantly harass you, give you extra work, complains about every doctor’s appointment you need to attend to, and nitpick at every minor detail, and before you know it, your employment at your company has been terminated or you’ve been forced to quit due to the extreme stress and pressure.

You’re now stressed beyond imagination because you not only have the responsibility of having to raise your little one, you now also no longer have the job you were relying on to maintain your financial stability. You are possibly a victim of pregnancy discrimination in the workplace.

I’m an employment and labor law attorney focusing on pregnancy and disability discrimination cases, and I’m here to tell you that although this unfortunately happens to thousands of women across the country every year, it shouldn’t have to be this way. Employers should not be permitted to bully, harass, or discriminate against you because of your pregnancy, which is legally considered a disability in the state of California, or to retaliate against or terminate you because you requested simple and reasonable accommodations for your pregnancy.

If you are being harassed, discriminated against, retaliated against, wrongfully terminated, or otherwise feel like you are being mistreated at work or not being paid or given all your owed wages or rest breaks, I will fight for you.

Please call me immediately at (818) 995-9477 for a FREE in-person consultation about your pregnancy discrimination in the workplace.